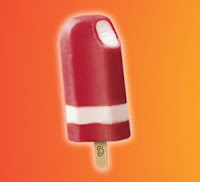 Well, in a way it could be worse. Broken heating in January for example. For now, there is just something wrong with the hot water system. I think it may be something related to the pressure. The hot water doesn’t run if the radiators are not on and because it’s July, although in London, the heating system only gets on at 30C!
It’s bloody hot now in the flat, it looks like a hot Italian summer night. When you keep turning in the bed because it’s simply too hot, and that’s just an excuse not to sleep. From the open window someone is speaking loudly, but all inside is quiet, just the rest is noise.
Back in time, I used to spend summers with my grandparents when the schools were closed in this big house in a North West village near Turin, with 19th Century factories still up and running, in a period, late 80s, when there was abundance, people were carefree and didn’t care about global warming, gasoline’s price or mortgages.
My favourite TV series were Wonder Woman, Magnum PI, The A team and the Dukes of Hazzard, oh and MacGyver, of course. Favourite ice-cream fior di fragola which I used to buy with 700 lire in the local bar where you could find only eldery people playing cards and children. I used to spend the day riding a supa dupa blue bicycle up and down the village and that wasn’t an easy thing as we were by the Alps and my biggest troubles were bee stings.
Around midday, someone was warning children it was lunch time shouting their names and it was better hurry up, whatever adventure was going on, because at that age one is always hungry.
Once home, veal cutlets in breadcrumbs were waiting for me, ready to be eaten with fries or green peas. The veil was beaten and breaded by my grandpa’s big hands and then gently fried by my granny.
Tonight I had some chicken to do in the fridge and I made the recipe for myself. It was OK, tasty and crispy, but really those ones used to be marvellous.

Beat the veal in order to make it thin. Trim the excess of fat if any and then pass it in the flour first, and than in the beaten eggs. Top with the bread crumbs.
Heat the oil in a fry pan and when hot place the cutlets allowing each side to cook until golden brown. Place in a kitchen towel to drain the excess of oil for a few minutes. Serve with a fresh lemon wedge and side salad.
Posted by papunette at 00:34

Sounds amazing (the recipe and snapshot of growing up in Italy, not the heat and hot water problem!). Loved the memories evoked by this post - and the recipe sounds delicious!